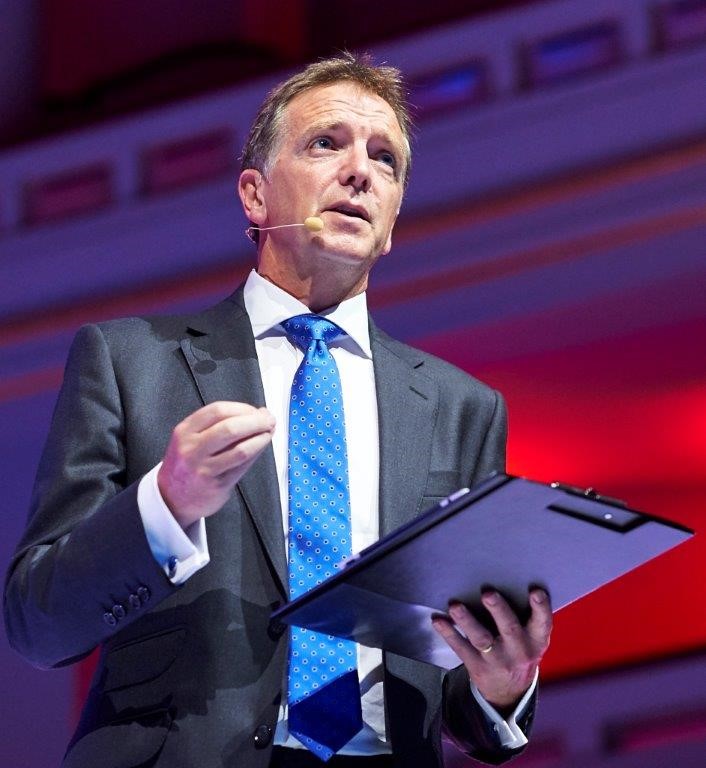 During his time in the Medical Director post at NHS Blood and Transplant (NHSBT), Professor Forsythe has overseen the implementation of the organ donation ‘opt out’ system across England, and shown great leadership steering organ donation and transplantation through the pandemic.

Professor Forsythe supported the clinical community to sustain 75% of organ donation activity and 80% of transplantation activity over the first year the pandemic hit and recover almost back to pre-pandemic levels in more recent months.

“John has, through his expertise, dedication and leadership, personally contributed to the development of Organ Donation and Transplantation in the UK and across the globe, I am sure the many recipients whose lives have been saved and improved because of John’s work would wish to join me in congratulating him on this well-deserved award.”

Professor Forsythe says: “So many people deserve a piece of this honour – the clinical teams delivering donation retrieval and transplant across the UK, colleagues within NHS Blood and Transplant but most of all patients – those approaching or receiving transplants - and perhaps of the highest importance, donors and their families. Their gift is the one that deserves the greatest honour.”

Others awarded this year

Other organ donation champions recognised in this year’s list include Roger Burnley, who recently stepped down as chief executive of ASDA, and has received a CBE, and Graham Moore, Honorary Lifetime President of Westfield Health, who was awarded an MBE. They have both been heavily involved with the British Transplant Games. Roger has spoken publicly about how his daughter Jodie benefitted from a double lung transplant in 2012.

Chris and Sarah Cookson, parents of Charlie and Carter, and founders of the Charlie and Carter Cookson Foundation, both receive MBEs for their work raising awareness and fundraising for other parents experiencing child bereavement.

Chris and Sarah went to extraordinary lengths to raise awareness of paediatric organ donation, when their second child, Carter, was listed for heart transplant shortly after his birth on Boxing Day 2018. Sadly, Carter’s call did not come in time and he died aged just 24 days. Since the death of Carter, and his older brother, Charlie, Chris and Sarah have dedicated themselves to supporting other families and inspired many to have the conversation about organ donation and join the NHS Organ Donor Register. Read more about Carter's story

Dr Bnar Talabani, a nephrologist and Wellcome Trust Fellow living in Cardiff, also received an MBE for her work supporting organ and tissue donation and transplantation, along with her particular commitment to health promotion amongst Black, Asian and Minority Ethnic communities.

Everyone at NHSBT sends our very best wishes, congratulations and thanks to all of these champions who have dedicated so much time, effort and passion, enabling countless more lives to be saved.

Talk to your loved ones

Whatever you decide, it's really important that you let them know.